Today was a special occasion when I attended the annual meeting of the South Western Association of the Welsh Pony and Cob Society in Exeter.

The President of the Welsh Pony and Cob Society Mr Ifor Lloyd from the Derwen Stud, Ceredigion, Wales attended the meeting and presented Tresorya Stud with the Highland Trophy for the overall group most consistent in type when we entered the 2017 South Western Association Stud Competition.

He also awarded rosettes -1st and 2nd for the best groups of 3 foals born this year. Also a Ist rosette for 3 foals sired by the same stallion ( Tresorya Cornish Cream )

A very proud day for the Stud ! 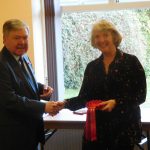 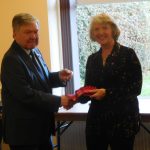 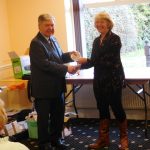